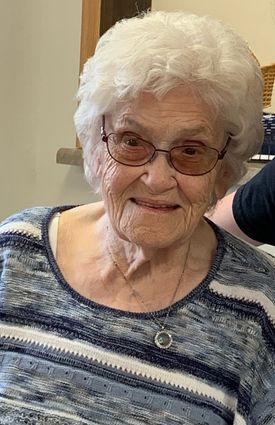 Roseau- Cora passed away on Monday November 16 at the age of 89.

Cora Foss was born in Pinecreek on July 19, 1931 to Syvert and Gina (Boroos) Kompelien. Growing up, she attended the Ross School through 8th grade.

Cora married Abraham Foss on March 24, 1949 in Roseau. They had three children – Carol, Vernon and Tommy. Cora held several jobs throughout the years. She was a nurse's aide for numerous years, worked at Polaris Industries and was a waitress at Nelson's Café in Roseau until she retired. After retirement she continued to work miscellaneous jobs at Wally's Deli and North Country I...