He's Shoveling His Way to Heaven 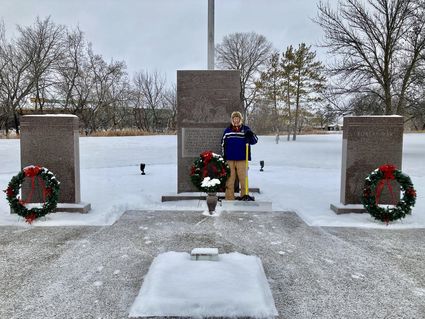 Retired Army officer Lt. Colonel Val Bernat used to bark out orders and things got done promptly when he was on active duty.

Any day it snows at the Veterans Memorial Park in Roseau, he's out there promptly with his shovel and, if it's a heavy snow, he has his walk-along snow blower.

A week ago Wednesday morning, he had finished shoveling at least an inch of snow off the sidewalk and steps.

He no longer looks like a ranking officer in this man's Army.

He looks like a grunt - a happy one at that.

He credits the late Buddy Magnusson, a local legend who was gung-ho about honoring...