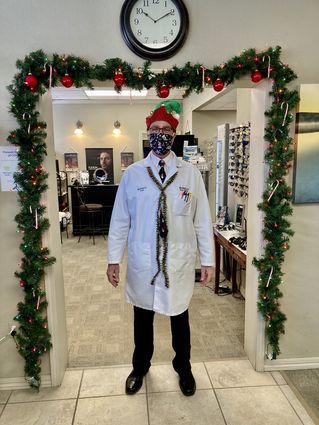 Robert Honstrom, who originally made his first landing in Des Moines, Iowa, before moving to Mora, Minnesota, stands out in a crowd.

He is 59 and always colorful.

"Everyone in the office wanted to dress me up like an elf," he said, with a terrific laugh.

He's at least six-one and wouldn't fit in a tiny sleigh.

He's been a mainstay at the Roseau Eye Clinic for a number of years. He lives in Roseau during the work week while his wife, Jacquie, lives down in McGrath, Minnesota.

Robert won't be home for Christmas Eve. That's a given since he will be working at the nursing home, a...