Reflections From Afar On the Present Times Over Here 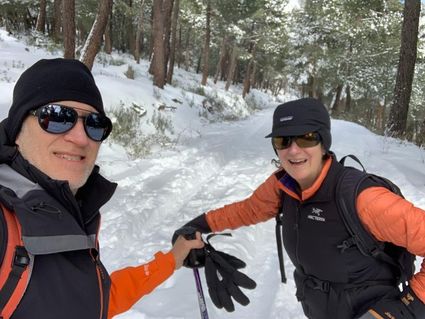 Tim Simmons and his wife Maria

On January 7, Tim Simmons, a 1981 Roseau High School graduate, was reached by cellphone near Madrid, Spain.

"We watched the news last night. And when I woke up this morning, I watched Congress make the final vote. We have the same information as you have."

Any reactions from your Spanish friends?

He remarked that Europeans are concerned.