By Joe Henry
Lake of the Woods Tourism 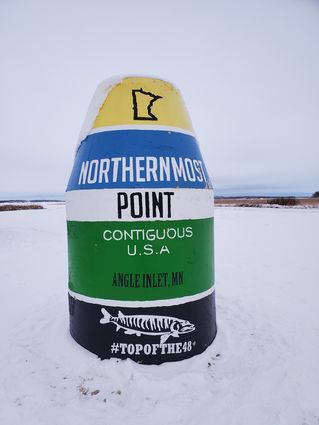 Ice fishing in these parts is a big deal.  Enjoyed by both anglers and non-anglers alike, guests typically start their day with a nice breakfast.  Right around daybreak, heated specialized ice transportation called bombardiers transport guests from their resort to heated fish houses with the ice holes all drilled out and ready to fish on some of the best walleye waters in the world.  Some call it paradise!

During a normal winter season, thousands would have made memories from a fish house and enjoyed a fresh walleye fish fry already.  This year, however, is different.

To travel to the NW Angle, a guest would normally drive 40 miles through Canada and enter back into Minnesota up at the Angle.  Most never imagined back in March, 2020 when the U.S. / Canada border was shut down, things would last this long.  The border closure has drastically reduced tourism in this part of Lake of the Woods.

With their backs against the wall and facing another season of little revenue, the NW Angle community, made up of about 120 strong, has pulled together and created the NW Angle Guest Ice Road.

The ice road, which opened this week, is 30 miles long.   The road stays in Minnesota and travels over 22 miles of ice and 8 miles through forest.  It already has seen hundreds of hours invested in plowing, staking, erecting signage and building and placing bridges over cracks in the ice which is standard protocol with an ice road.

"Unseasonably mild temps have held back the start of the ice road compared to a normal winter, but with some recent cold weather, it is in great shape and open," explains Joe Henry, Executive Director, Lake of the Woods Tourism. 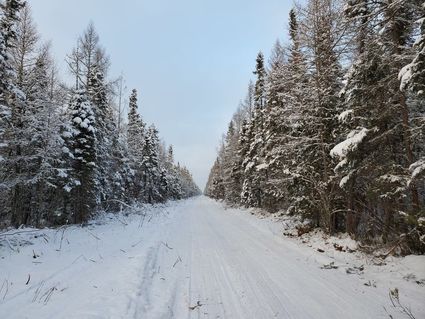 "I had the chance to drive the ice road this week and it is incredible.  Honestly, after experiencing postcard type scenery and just the adventure of driving up, catching walleyes was just a bonus.  It felt good knowing we were supporting some great people whose businesses were cut off from customers as they have been stuck between two countries and a border closure during a pandemic."

The NW Angle Guest Ice Road begins at Springsteel Resort just south of the Canadian border on the SW corner of Lake of the Woods.  The ice road makes its way north on U.S. ice and eventually connects to one of the main roads leading into the NW Angle.  From this road, NW Angle resorts are accessible.  Ice fishing on Lake of the Woods continues through March.  Information on the NW Angle can be found at LakeoftheWoodsMN.com.