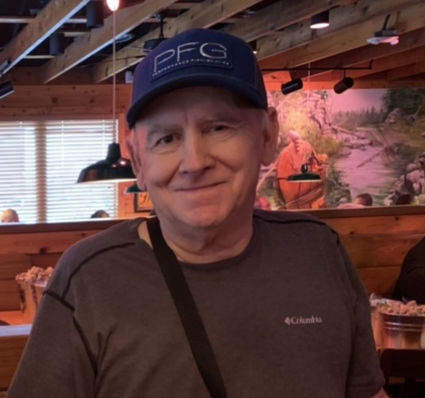 William 'Bill' Wojciechowski, age 75, passed away peacefully on Monday February 8th at his home in Badger, with his wife, Barb by his side. Bill was 75 years old.

He was born July 15th, 1945 in Greenbush, the son of Harry and Hildegarde (Grabinski) Wojciechowski.

Bill grew up in Greenbush with 6 brothers, Harley, Edward, Richard, Lawrence, Dean and Dale. Bill and Barb (Young) were joined in marriage in 1965 and had two children Kevin and Jodi.

Bill was born with a wrench in his hand and had a passion for mechanics all his life. He made a life-long career out of it. He taught his son Kevin and grandson Kasey the same passion for figuring out what was wrong and how to fix it.

Bill and Kevin went on to own their own business and made many lifelong friends throughout their career. Kasey is continuing on with the family tradition and papa enjoyed being out in the shop with him.

Bill's grandson Brandon may not have followed in his footsteps, but they shared a very special bond. WhenBrandon was little he went over to Grandma and Papa's house on rotating weekend's with Kasey. It was a highlight in Papa's life to play games, watch cartoons and swing his grandsons in a blanket. As Brandon got older they shared a love of fishing and papa gave him advice on anything and everything in life. Many memories were made.

Jodi was always a daddy's girl. They looked and acted a lot alike. Together they shared all the ups and downs of life, and he was always there for her. He went from taking care of her to her helping him in his fight against pancreatic cancer.

Bill always enjoyed spending time with family and friends. Especially the late Bill Rey and his wife Carol Rey. He enjoyed fishing with his family in the earlier years. He enjoyed teasing his family, especially his wife!He enjoyed watching the news, game shows, the History Channel and westerns. His fur baby Brownee was definitely a favorite of his. Life would not have been the same without her.

Bill was a beloved husband, father, grandfather, uncle, relative and friend to so many and his presence and joyful spirit will be missed by many.

Bill was preceded in death by his son Kevin, his daughter-in-law Dyan, his parents Harry and Hildegarde Wojciechowski; his brothers Harley, Edward, Richard and Lawrence, brother-in-laws Jim Lynott and Marv Fortman.

A private family service will be held at a later date. In lieu of flowers, donations can be directed to LifeCare Infusion Therapy in memory of Bill's fight with cancer.