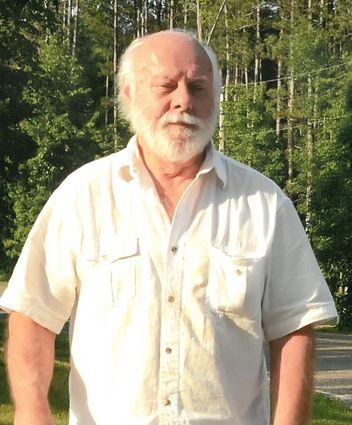 Badger- Patrick Moren passed away on February 24, 2021. Patrick Donald Moren, Esq., the oldest child of three sons, was born in Bovey on June 13, 1940 to Mary (nee Bedi) Moren, and Donald Moren. Pat grew up in Grand Rapids and from the age of 4, spent his summers at the rustic, hand built family cabin on beautiful Lake Pokegama. He was an avid water-skier and become so adept at the sport that he could ski on one bare foot.

Following his graduation from Grand Rapids High School in 1958, he attended St. John's University in Collegeville. He was mentored there by University President Father Arno Gustin, who later was the Sacred Heart Parish priest in Roseau and a very close family friend. Father Arno had such a positive impact on Pat's life that Pat even talked about Father Arno as he was receiving his last rites.

While still in college, Pat and some of his buddies went to a dance at rival St. Thomas University in St. Paul, where he met the love of his life, Judy Hessel. One look and one question, "Hey Red, do you want to dance?" was all it took to start their lifelong love affair. Pat and Judy were married on August 18, 1962 and they were inseparable until the very end. His love was evident even in his last hours of life, when he was unable to eat his favorite food, ice cream. He said, "Please give my ice cream to Judy instead".

Pat graduated from William Mitchell College of Law in 1968 and contemplated starting a practice in his home town of Grand Rapids. Life however, doesn't always go as planned and instead Pat started practicing law in Roseau by sheer happenstance. Another young lawyer, who was scheduled for an interview with the venerable attorney, Don Shanahan, was sick and was not able to make the long journey to Roseau. Don went down the list of candidates and asked Pat if he was interested. Pat was intrigued by the prospect of working in far northern Minnesota and happily accepted Don's offer of employment.

Pat had a long and illustrious legal career in Roseau. He was well respected and well-liked by clients and colleagues. He had a reputation for practicing law with the utmost integrity and always worked diligently for his clients. In addition to having a very active private practice, Pat was also an excellent government attorney. He worked for a period of time as the Roseau County Attorney, the Roseau River Watershed District Attorney, and for decades acted as the Roseau City Attorney. Pat retired in June of 2017 and he and Judy then spent most of their time at their newly constructed home on Lake Pokegama, which was built on the site of the old, rustic cabin.

Pat, with Judy (and sometime kids) by his side, was an intrepid explorer; piloting his single engine plane to remote areas of Canada to fish, driving his old Scout 4-wheel drive on what seemed to be impassable roads to hunt, hiking late at night in the Swiss Alps after sampling the local brew, and traveling to his various lake homes in Canada and Grand Rapids. Pat also loved reading and driving his tractor. He could be often seen in Roseau driving his tractor between his law office and home. Pat had a wicked sense of humor and when we saw the twinkle in his eyes (which we fondly call the "up to no good look") we knew we were in for a great story and an even greater laugh! That "look" was passed to each of his children, grandchildren, and great-grandson.

Although not always articulated, he was very proud of his three children, Mark, Michelle ("Shelly"), and Matt. Mark obtained his doctorate in psychology and has a thriving practice in Alaska. Matt and Michelle followed in Pat's footsteps and are both attorneys. Both also had the privilege of working with Pat during portions of their respective legal careers. Grandson, William, will be applying to Pat's (and Michelle's) law school alma mater, William Mitchell, to possibly be the third generation to attend. That made Pat very happy in his final days. Pat had a definite soft spot for all of his grandchildren and was thrilled when one of his granddaughters, Flynn, was born with a beautiful head of red hair.

Pat was strong in his Catholic faith and would not let his weary body rest until the last rites were administered, mere hours before his death. Pat passed away with his daughter, Shelly by his side. Shortly after she told him, "don't worry dad, I will take care of mom and she will be ok", he took his last breath and very peacefully started his next great adventure. He is already greatly missed.

A Mass of Christian Burial will be held on Saturday, March 6, 2021 at 11:00 a.m. at Sacred Heart Catholic Church in Roseau, with visitation one hour before. Covid guidelines will be followed. Online guestbook at: http://www.helgesonfuneralhome.com