The years don't dim the memories 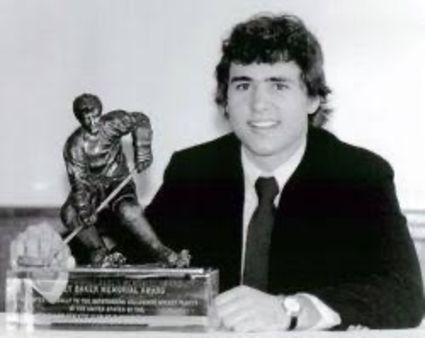 Say all you want about the overemphasis on sports in our lives. I still miss Kirby Puckett and Mickey Mantle.

And if I mentioned Jimmy Piersall, any kid under 60 would draw a blank.

Occasionally, when my old man, a 1900 model, was enjoying a glass of Hudson Bay scotch whiskey on the rocks, he would mention the exploits of boxers Jack Dempsey and Luis Firpo - the Wild Bull of the Pampas - and recall the great fight in 1922 that went just two rounds with the champ Dempsey flooring the Wild Bull seven times in the first round before Firpo sent Dempsey through the ropes after a fine combination of punches.

Dempsey was helped back into the ring and he later knocked out the Wild Bull in the second round.

Almost all of the old legends are dead.

I met Gump Worsley, Roger Christian, and the toughest of them all - Gordie Howe, whom I interviewed while walking down a couple of fairways on the Warroad Estates Golf Course during their celebrity tournament back in the late 1980s or early 1990s.

He's dead now but while he played, nobody messed with Mr. Howe, an original GOAT.

We always remember the winners.

Reggie Jackson, the Hall of Fame baseball player, who was cocky and could back it up with his play and his bat, has gotten old, too.

He's 74 and made baseball interesting and took heat for saying, "I'm the straw that stirs the drink" when he joined the Yankees.

He stirred the drink all right, helping the Yankees win the World Series almost singlehandedly with three consecutive homers in the deciding sixth game of the 1977 World Series.

He was nicknamed "Mr. October."

When you bring home the gold, you're forever in sports history. Nobody remembers the runners-up in the big sporting events.

It was Friday, February 22, 1980, and I was a factory worker and the first year head Roseau wrestling coach.

Steve Furuseth and I walked out of practice to catch maybe the last period and a half of the semifinals of the USA-USSR hockey game in the Olympics.

Ask any college kid today about the USSR, and they'll probably draw a blank.

The Soviet Union or, officially, the Union of the Soviet Socialist Republics, possessed a butt-kicking hockey dynasty.

Until a bunch of American kids, none of them professionals, produced the Miracle on Ice as broadcaster Al Michaels happily declared, "Do you believe in miracles? YES!" late on Friday afternoon as the USA defeated the Soviets, 4-3.

And then they finished off the Finns two nights later to win the gold.

"Where'd the years go?" I said to Neal Broten last Saturday, telling him that I can't believe he's getting old.

"What are you doing? Getting younger?" he replied.

He was at his mom and dad's place last weekend in Roseau. There's no place like home for the River Falls, Wisconsin, resident.

Was playing in the Olympics anything like the movie Miracle?

"Well, a little bit - maybe 70 or 75 percent. You know how Hollywood is. They gotta fudge things to make it look a little better, but it was pretty much how it went down. There are a few things in there they exaggerated. For the most part, it was pretty good."

Life has moved on.

How many times do you think you've watched that movie?

He could watch it every year for the next 30 years and they win every time.

He laughed when I brought up the great light heavyweight boxer, Billy Conn, who for 12 rounds in 1941 was defeating the heavyweight boxing champion of the world before he decided to go toe-to-toe with Joe Louis.

Even into the 1970s, they'd hold get-togethers for the greatest fighters and that fight would always be shown. Billy Conn and Joe Louis would sit together.

Billy would stay in the room until the 13th round. As Billy got up from his seat, Joe would say, "Where you going, Billy? It's my time to shine."

I mentioned it isn't wise to go toe-to-toe with Joe.

"I guess he was a pretty tough sucker. I can remember those fights between him and Ali."

Neal, of course, was referring to Smokin' Joe Frazier and Muhammad Ali, and not Billy Conn and Joe Louis.

"He was tough," he then said about the great Joe Frazier, recalling that Ali got under Joe's skin by calling him names and ridiculing him.

There are some guys, famous decades ago, who expect adulation.

Neal could be your barber.

These days, he's been hanging out with the grandkids and watching them play hockey.

"Life is a little slow and you have to be careful and just wait until this whole corona deal dissipates a little bit and then get on with the normal routine," he said.

Just last week, Mark Pavelich, one of the stars on the 1980 team died. Neal left Roseau on Sunday hoping to go to the funeral.

"But it was family only," he said from River Falls. Pavelich, he said, was a shy, low key guy.

"It's just crazy how fast time passes. Pretty soon, the leaves will be falling off the trees and it'll be fall and then snow will come."

Ever think about had you lost that game and how your life would be different?

"Maybe just a little bit. I think with the win, they became much more focused on the US players trying to advance and play in the NHL. I think it helped quite a bit."

He had one overriding goal beginning in 1979.

"Throughout the whole year, making that team and being a part of it, I went into the Olympics to be respectful and play as hard as I can and represent my country the way it should be represented," he said.

"If you win, you win; and if you lose, you lose. But we ended up winning. I don't know if it would have made things any different. It put the USA hockey players a little more up there as far as evaluations by the NHL scouts. It gave them a boost to advance their careers further."

I'm not a hockey player and it isn't my favorite sport, but the 1980 USA Olympic hockey team ranks higher than everything except the 1987 and 1991 Minnesota Twins World Series championship teams.

Coach Herb Brooks was already a known entity prior to 1980.

Was Herb Brooks like he was portrayed in the movie?

"I look at him as similar to Dick Johnson (legendary Roseau peewee coach). Back in the days, Dick was how coaches were. You can't treat players like that nowadays. Back then, they belittled you a little bit. Herbie was kind of like that. He expected a lot out of his players, but he'd pat you on the back once in a while. He just wanted his team to play the best and however he thought that he could get them to play the best, that's the way he worked it. Back then coaches were harder on players."

Life's going all right, he said. His parents seem to be doing good.

When's the last time you've been on skates.

He thought a moment.

"I think maybe seven or eight years. I just don't like skating anymore. I can't skate like I used to. It's no fun anymore," he said, adding that his knees are good but his hip and lower back stiffen up.

He has some terrific memories of when a bunch of mostly college kids defeated the finest hockey dynasty in the last half of the Twentieth Century.

Sports Illustrated in 1999 named the "Miracle on Ice" the greatest sports moment of the 20th Century at a gala at Madison Square Garden.