They're glad to see you at the Roseau Library 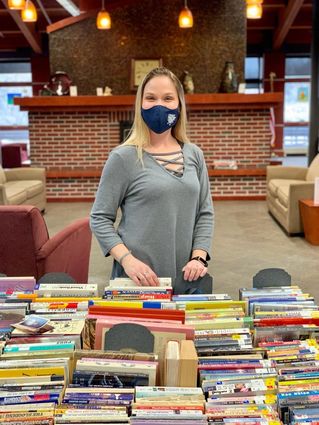 Nobody has to talk in a whisper at the Roseau Public Library where the two main gals, Melissa and Stacey, won't twist your ear to be quiet.

"There is no "Shut your trap, you little brat!"

Those were the old days in the 1950s when libraries were more like morgues.

Recently, Melissa Wilson explained that she and Stacey Rusek have shared the role of head librarians since September 2019.

"We were closed for about six weeks in 2020, and then we opened up at the end of April just to do curbside like the restaurants were doing," she said, adding that they opened to the public last Ju...