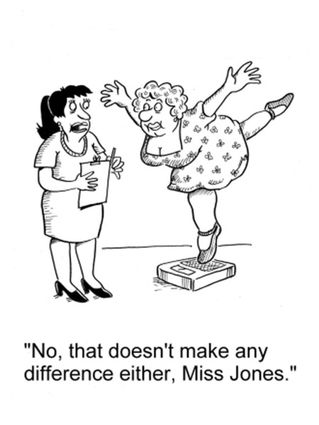 On our drive to South Padre Island, we were in Texas and I saw a sign! This wasn't any old sign. It was a Krispy Kreme Doughnut sign!! These are my all-time favorite doughnuts. I immediately started to google and see where else these precious gems were in Texas or if we would need to do a quick u-turn!

I was in luck there was a Krispy Kreme store just 25 miles from our condo. That's a quick trip for us. I was beyond happy.

We may have decided to go and get some Krispy Kremes the first day we were there. I'm sure it was Kyle's idea?!?

Once we arrived in Brownsville, we started our route to Krispy Kremes and Kyle said, "Minnesota Road". My thought was...I just barely arrived into the sunshine. Why are you bringing up home? I look up and there is a little piece of home in Texas...Minnesota RD!

Doesn't Minnesota look a lot better with a palm tree next to it!! Well, it sure does to me. I think palm trees are my favorite tree. I'm sure it's because we don't have them at home.

Next stop Krispy Kremes! I volunteered to go inside... one step in and it smelled heavenly! I didn't ever want to leave.

I approached the little slices of heaven and "Oh my GOSH!" I thought I needed to buy out the store. It wasn't like I wouldn't go back a time or two or five!! I think I bought two dozen the first time we went....oops!

The Krispy Kremes were as delicious as I remembered and they had some new flavors too. I did make it back a few times and stopped on our way home and bought some for mom, Brandon and Ariah. They enjoyed them too!

In 2-quart saucepan, melt butter over medium heat. Stir in flour, chili powder, salt, cumin and pepper with whisk until smooth. Gradually stir in broth. Cook and stir until slightly thickened. Stir in 1 1/2 cups of the cheese and the enchilada sauce until cheese is melted. Remove from heat; set aside.

Bake 15 to 20 minutes or until thoroughly heated and cheese is melted.

An American businessman was at the pier of a small coastal Mexican village when a small boat with just one fisherman docked. Inside the small boat were several large yellowfin tuna.

The American complimented the fisherman on the quality of his fish and asked how long it took to catch them. The fisherman replied that it only took a little while.

The American then asked why didn't he stay out longer and catch more fish. The fisherman said he had enough to support his family's immediate needs.

The American then asked, "But what do you do with the rest of your time?"

The fisherman said, "I sleep late, fish a little, play with my children, take siesta with my wife, Maria, stroll into the village each evening where I sip wine and play guitar with my amigos. I have a full and busy life, señor."

The American scoffed. "I have a MBA and could help you. You should spend more time fishing and with the proceeds, buy a bigger boat. With the proceeds from the bigger boat you could buy several boats. Eventually you would have a fleet of fishing boats.

Instead of selling your catch to a middleman you would sell directly to the processor, eventually opening your own cannery. You would control the product, processing and distribution. You would need to leave this small coastal fishing village and move to Mexico City, then L.A., and eventually New York City, where you will run your expanding enterprise."

The fisherman asked, "But how long will this all take?"

To which the American replied, "Fifteen or 20 years."

The American laughed and said, "That's the best part. When the time is right you would sell your company stock to the public and become very rich. You would make millions."

The American said, "Then you would retire. Move to a small coastal fishing village where you would sleep late, fish a little, play with your kids, take a siesta with your wife, stroll to the village in the evenings where you could sip wine and play your guitar with your friends."