Underwater And Above, Mr. Rentfrow has seen the world 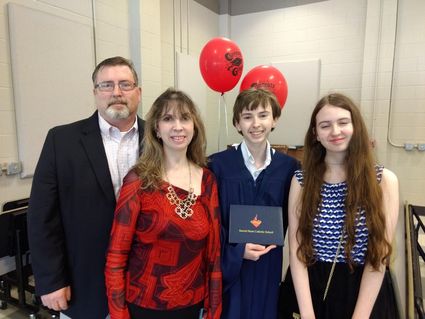 Mike and Annette and their children, MIchael and Irene in 2019

At 55, Mike Rentfrow no longer looks like the scrawny kid when he was the student manager for the Roseau wrestling team in 1979-80.

He laughed a week ago Thursday, speaking by phone from the Houston, Texas area.

And yes, he has an accent.

The 1984 Roseau High School graduate and Army veteran, who saw duty as a combat engineer in Desert Storm, never was voted the "Most Likely to Succeed" or selected to be a member of the National Honor Society.

These days, he owns four businesses and has seen more foreign ports than the late Bob Hope, the greatest enter...