They've seen it all at the Mar-Kit Recycling Center 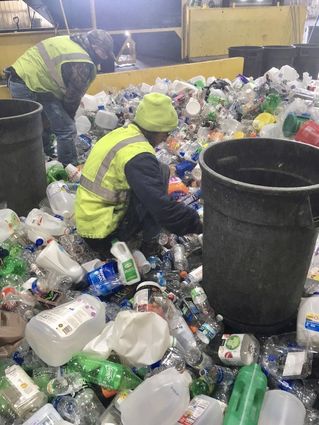 Sorting through what to keep

It could be either Hay and Hash or Hash and Hay, but Hashton Metcalf and Hayden Nelson have been pals since they were about four-years-old.

Their paths won't end on graduation day since they are on the same trajectory in the Minnesota Army National Guard.

They had originally planned to join the National Guard together.

Hayden leaves for basic training in July after enlisting into the National Guard on January 21.

His MOS is 11 Bravo, signifying the infantry.