Swearing is the most universal of languages 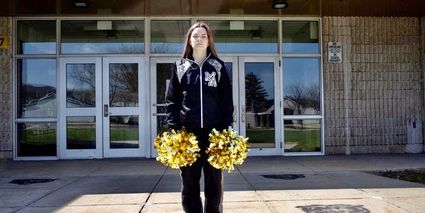 Brandi Levy knows how to cheer and be colorful

I seldom swear in anger.

Mostly, my swear words are used as adjectives, like in "I've got a flipping backache," - only the word isn't flipping.

In my first year as the head Roseau wrestling coach in 1979, I admonished two of the starters for swearing in the practice room.

"You're banned from practice tomorrow for swearing," I said.

A lot of good that did.

The next day, the two lads skipped school and enjoyed a great day catching walleyes out on the ice on Lake of the Woods. The word spread quickly that swearing was a guaranteed free pass to the lake.