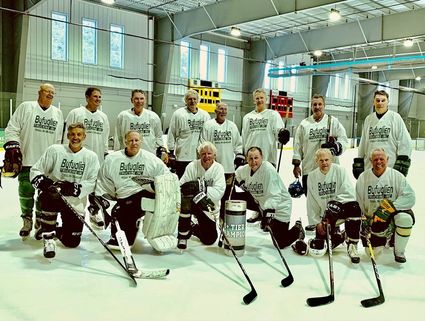 Nobody swallowed their false teeth or had a cardiac arrest at the Advent Health Center Ice Arena in Wesley Chapel, Florida, on April 15-18 at the USA Adult National Hockey Championships.

But there were aches and pains and some pulled muscles as the Truckers, all of them 70 and older, weren't wheeled onto the ice in wheelchairs.

They came to play.

"It's really a nice arena," said Dr. Bruce Falk, noting that there are four rinks, and it was the practice site for the USA Women's Hockey Team prior to the last Olympics.

It couldn't be ascertained how many of the Byfuglien crew actu...