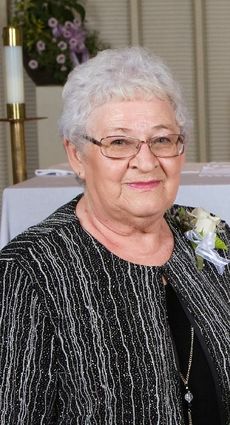 Roseau- JoAnn Rae (Brown) DeMars passed away April 30, 2021 surrounded by family at the LifeCare Greenbush Manor at the age of 86.

JoAnn was born on July 20, 1934 to Roy Brown Sr. and Esther R. (Herman) in Grand Forks, N.D. She grew up and later graduated from high school in Manvel, N.D. She and Robert E DeMars were married at St. Timothy's in Manvel, N.D. on June 16, 1950. JoAnn worked at the Maple Manor Nursing Home in Langdon, N.D. as the activity's director for 15-20 years. She volunteered in Wales and Langdon Catholic Churches as religious ed teacher and head of the women's group....