Gone Fishing and still in the spotlight 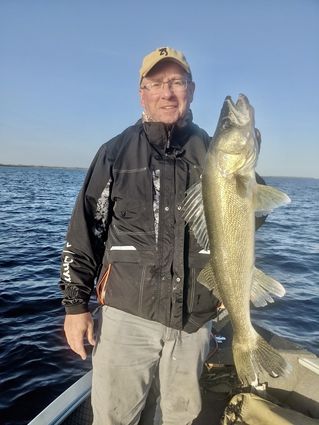 Chief Anderson with his catch and release walleye

On Sunday, Roseau Police Chief Ward Anderson was doing what he likes best.

He was catching his share of walleyes on Lake of the Woods. His exact location was not disclosed.

They tell you nothing, these cops!

Anderson, 53, is within two years of his retirement date and has been the Roseau police chief since 1999.

In the Sunday edition of the Minneapolis Star Tribune, there was a small clip on Roseau.

Chief Anderson was surprised he was even in the news.

But there it was in the lede - the opening paragraph - ab...