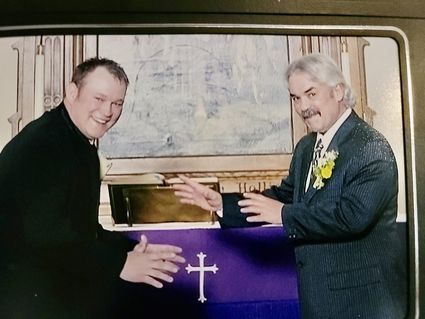 Ollie and Chuck Ullman in 2007

Or whatever you call your dad.

My old man could be ornery as hell. Hallmark Cards never mention that.

It's been over 53 years since he died, and I still miss him.

He probably didn't think I would amount to much, and maybe that was his lasting legacy.

He motivated me to prove him wrong because he had said that success usually skips a generation.

Until I win a big lottery, I'll never feel safe without a job.

He was a hard worker and a good provider. He drank hard and smoked too much. He had a vise grip for a handshake and a quick temper.