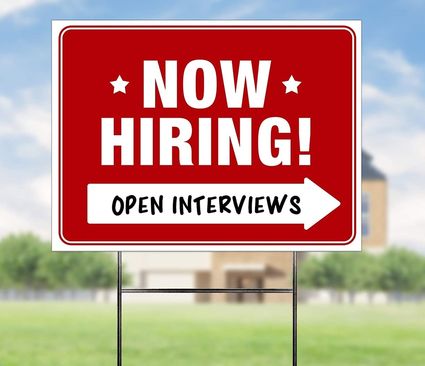 I took out the trash on my way to this article. More about this shortly. It's good to be back with you again. I had to pass on having an article last week for a couple of reasons. Dealing with fatigue, and needing the energy to be with the Ballard family and conducting Loren's funeral service; an honor and a privilege. The Ballards have been good friends of Julie and I for over 30 years now. Our hearts and prayers continue to be extended to Marianne and family.

Now on to the subject at hand. For reasons I won't get into I have felt stirred to address the subjects of work ethics and serving. They do go together and my persuasion is that the Christians faith provides the best perspective and role model. But I am persuaded that a person does not have to be a Christian to be able to practice some of its principles. Giving our life to Christ, however, should move us to a higher motivation: serving and pleasing Him.

I am reminded that God got the whole creation going with a serving work ethic. After God created Adam (and later Eve) in his own image ("in the image of God he created them" – Genesis 1:27) he placed Adam in the Garden he had created to serve him by taking care of it: "The Lord God placed the man in the Garden of Eden to tend and take care of it" (Genesis 2:15). God was Adam's employer as well as his creator. Unfortunately Adam forgot or neglected to pray for serpents!

As I have been rolling this whole subject of working and serving around in my mind I was reminded of something a friend of mine shared with me awhile ago. They were at a busy airport getting ready to board their flight and with only a few minutes to spare they stopped at a shop to pick up something they wanted for the flight. There were a couple of cash registers available of which one had customers waiting to be served. Standing in front of the other one was a young lady not occupied at the time. My friend asked if she would take her money for the purchase; adding that she was in a hurry because of her flight. The young lady's response was, are you ready for this?, "It's not my shift yet!" which was to begin in about ten minutes. Of course I don't know the details of this clerk's response but it seems like she could have started her shift ten minutes early to help someone out. What do you think?

It is my persuasion that employment should be viewed as more than working for a paycheck – giving to get. If we seek to serve, both our employer and others, our work ethic is raised to a higher level; the level of the "image' we were created in. Even in assembly line work we ought to do the best we can so that those who purchase the product will receive the best that we could bring to the assembly. Now of course "quality control" can help take up the slack on this.

When a person applies for a job they should receive a clear understanding of what the job will involve and be able to commit themselves each shift to being their very best expression of that to their work which could include those little extras they spot. Their place of employment should be better in some way because they are there. I am persuaded that our employment perspective should not just be, "Going to work," but coming to serve, not only our employer, but our fellow employees.

There appears to be a shortage of this with many employees in the world of work today. I'm not entirely sure why, but to a certain degree it may go back to the home. As parents we need to raise up our children to have a serving perspective in life; this can include "chores" around the home. I love to hear of little children who say, "Can I help, mommy?" Or, "I got to help daddy," I was raised from the time I was small with a strong work ethic, and although I didn't appreciate it at the time, it has done me well all my life. I couldn't have made it in the ministry without it. Pastors don't punch time clocks. We work with goals and objectives and, for the most part, are in charge of our own time.

Now for the serving perspective of the Christian Faith. Jesus is our model. Near the end of his ministry John penned that, "Jesus knew that his hour had come to leave this world and return to his Father. He showed the disciples the full extent of his love." What was that? At the Passover celebration with his disciples, "He got up from the table, took off his robe, wrapped a towel around his waist, and poured water into a basin. Then he began to wash the disciples' feet and wipe them with the towel he had around him" (John 13:1,4,5). Now this may not impact us like it did the disciples because in those days washing feet was one of the serving tasks of the lowest servant in the household. When he finished washing their feet he looked them in the eyes and said, "I have given you an example to follow. Do as I have done to you" (John 13:15). Now this foot washing illustration has many applications, first of all among our brothers and sisters in Christ, but I feel comfortable in applying it to the work place. It is an important part of the testimony of WHO we are without getting religious on people. Everywhere a Christian goes, the place they go ought to be a better place because they are there. Jesus said in the Sermon on the Mount: "...let your good deeds shine out for ALL to see, so that EVERYONE will praise your heavenly Father (Matthew 5:16). In Matthew 5:41 Jesus said, "If a soldier demands that you carry his gear for a mile (which they could do), carry it two miles." Maybe that's where the expression, "Go the second mile," comes from.

Paul said to believers in Philippians 2: "Don't be selfish: don't live to make a good impression on others (that is, to call attention to yourself). Be humble (part of the Christian work ethic), thinking of others as better than yourself (including your employer and fellow employees). don't think only about your own affairs, but be interested in others too. And what they are doing. Your attitude should be the same that Christ Jesus had. Though he was God, he did not demand or cling to his rights as God. He made himself nothing; he took the humble position of a slave and appeared in human form (like us). And in human form he obediently humbled himself even further by dying a criminal's death on a cross" (Philippians 2: 3-8).

Now, if I may borrow something Paul said to slaves (who were Christians) and apply it to employees: "You must obey your earthly masters (or employers if we have chosen to work for them) in everything you do. Try to please them all the time (within the boundaries of your Christian faith), not just when they are watching you. Obey them willingly because of your reverent fear of the Lord. Work hard and CHEERFULLY at whatever you do, as though you were working for the Lord rather than for people" (Colossians 4: 22,23).

So when is it the Christian's "shift" to serve" ALL THE TIME! No time clocks!