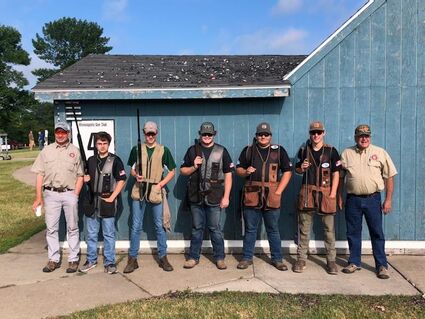 Minnesota's High school Clay Target season is capped off each year with the Skeet Championship and State Trap tournaments , held at the Minneapolis Gun Club in Prior Lake. This year's tournament ran from June 22rd to June 25th with Roseau High School's Trap and Skeet teams competing.

The Roseau High School Skeet team entered the championship coming off a season placement of second in Class 1A Conference 1. The team competed against 10 other teams in Conference 1, placing third after hitting 405 of 500 targets. Nolan Hanson placed third overall in individual score with 96/100. Congratul...