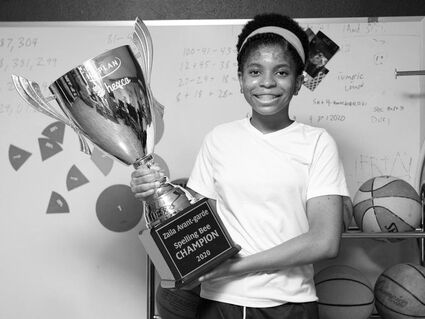 Life was good back then.

Minnesotans were winners as the Twins won the 1987 and 1991 World Series.

We were on top of the world.

Well, we were on top of American baseball.

Since then, our men's professional teams have sucked, and only the Minnesota Lynx of the WNBA have been consistent winners.

On Sunday, when my grandson, Finley Reibestein, watched the Euro Cup at Uncle Gump's place where there is electricity, he saw a great game at Wembley Stadium in London.

This is important because he is 13, a very good soccer player, and played soccer in both Germany and Italy when his family was stationed there with the Army from 2013 to 2017.

By the time he got to Italy, little Fin could do very remarkable things with a soccer ball.

He could make it sing.

He played on an Italian kids team, and the little Yank didn't embarrass himself.

Soccer, which is called football, is almost a religion to the rest of the world.

Their sins were missing on penalty kicks.

The Italians defeated the Brits on penalty kicks after 130 minutes of play.

Soccer fans are nuts much like Trump and his followers, only they didn't take it out on the Italians.

They went after their own players, who took more abuse than Liz Cheney and Lisa Murkowski.

"We win and lose together."

At least 35 years ago, Ross Nelson, a fine gentleman and an outstanding 189-pound wrestler for Greenbush, was often on the spot in very close dual meets.

The Greenbush fans, much like soccer fans, always knew who to blame - Ross Nelson.

After all, he didn't get the pin when they needed one in the final heavyweight match.

The thing is, a lighter weight Greenbush wrestler had screwed up, gone to his back and gotten pinned, or some kid had let up and, instead of earning a major decision, had won on a regular decision.

So, the Bulldogs or whatever they were called then, needed a pin out of Ross or they lost.

He won but didn't always get the pin.

That's a lot of pressure.

Maybe that's why his two sons, who went to school in Roseau, never wrestled.

Who needs that crap?

Now, for a good news story.

Every week, I receive my usual fan mail ("Your a bum Olson!") and ("You was dropped on you're head at birth.")

It brings back memories of my old third grade nun, Sister Mary Drill Sergeant, who regularly gave us hell for mistaking a preposition for an adverb.

"You dumb cluck, Olsen. You printed 'to bad' you got caught pocketing a nickel from the collection plate. It's 'too bad', you little thief!"

I was taught by Sister Brass Knuckles in the second grade to always write what I was most familiar with.

However, spelling has never been my strong suit - nor is it for most Americans these days.

Our spelling is atrocious.

Ever heard of the word?

Zaila, who hails from Louisiana and is homeschooled, was honored in this bold CNN headline:

The first African-American contestant to win National Spelling Bee is now aiming for Harvard, the NBA and NASA

It was no cakewalk to the title.

She worked for two years to reach the pinnacle of the spelling world and received a $50,000 cash prize.

According to CNN, Zaila said she hopes to one day play basketball at Harvard before a career at NASA or as a coach in the NBA.

But she has other goals - a career in neuroscience or gene editing.

Finally, one of my all-time favorites, Edwin Edwards, died this past week. He was a politician and an extremely colorful character.

The headline in The Advocate read: Edwin Edwards, Louisiana populist who served 4 terms as governor and 8 years in prison, dies at 93

My kind of politician.

I was also impressed with the headline in the Washington Post describing him as a "roguish Louisiana governor."

According to the Post reporter, Emily Heil, In Louisiana, a state notorious for colorful politicians, Edwin Edwards blazed for half a century, a near-perpetual neon rainbow.

He made much better copy than Trump will ever make. He was charming and a rogue for sure.

He could joke about being sentenced to prison, at age 73. "The government asked the judge to sentence me to life or 35 to 40 years," he recalled. "I said I'd take life. It's shorter." The judge, he added, "didn't see the humor in that."

He had been sentenced for racketeering, extortion, and related crimes.

That's quite a résumé.

We haven't had a character like that ever in Roseau County.

He gambled prodigiously. He boasted of chasing women half his age; he met his third wife, who was 51 years his junior, through a prison correspondence. He wore his hair, which turned silver, in the smooth pompadour of a televangelist.

I loved the guy.

He put a smile on your face.

Consider this quote from 1983:

"The only way I can lose this election is if I'm caught in bed with either a dead girl or a live boy." (He won!)

Then, in 1991, his Republican opponent was David Duke, a Grand Wizard of the KKK.

"The only thing we have in common is we're both wizards under the sheets."

When's the last time we've had a state politician who made life both interesting and fun?

We elect nothing but deadbeats!