Former Roseau Mayor Is Lauded For His Service 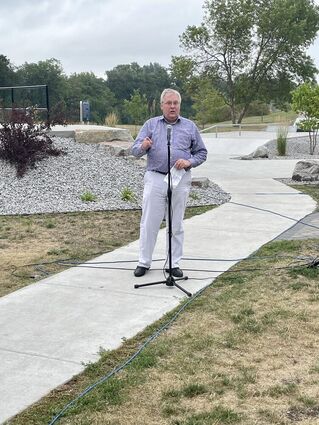 A week ago Thursday at South Riverview Park in Roseau, a small crowd was on hand to celebrate and applaud former Roseau Mayor Jeff Pelowski for his dedicated years of service.

He definitely went extra miles on behalf of the City of Roseau, both on the ground and in the air.

He was a frequent traveler following the disastrous 2002 flood.

Nobody knows that better than Roseau City Councilmember Pat Novacek, who served as the emcee for the occasion and credited the former mayor for many outstanding accomplishments during his 11 terms in office.

For Mr. Novacek, Jeff Pelowski will...