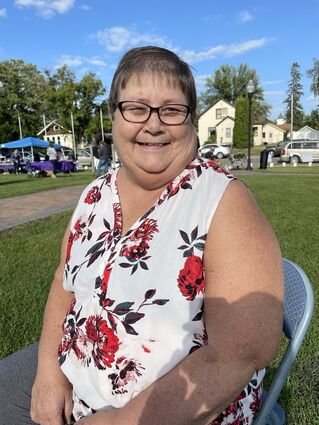 Once, the annual Relay for Life drew in the entire county.

Now, three decades after it kicked off in the previous century at the Roseau City Park with teams from every city and community, it was a much smaller affair at Riverview Park in Roseau on Thursday, August 12.

While the Roseau Relay for Life organizers are smaller in numbers, they pack a big punch in the fight against cancer with their fundraising.

It was hard to miss Pam Shaw, the official camera person for this year's event.

She was shooting photos from various angles and was asked if she is a cancer survivor.