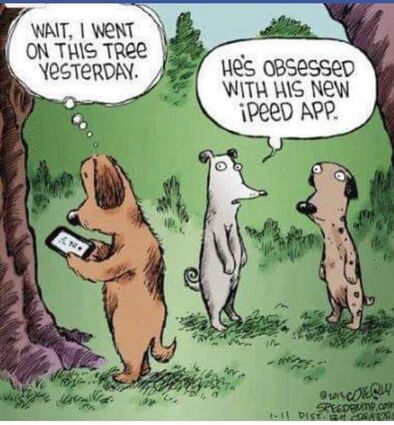 We started off our trip with missing the turn to our resort...right Brian!?

Our leader had us turn into a little historical marker site to get turned around. It may have been a potty stop area for a few of us and I had to check out the roses! They were beautiful and so I decided to pick a few for our centerpiece.

Umm...the stem is real and there are thorns but the flower looks fake. They are fake, what the heck! Upon further investigation someone had cut off the top of a real rose stem and glued fake roses to them. Ok, we were fooled!

Onward we go to our resort. We saw the sign and turned down the winding road which would lead us to the campground.

There were critters on both sides of the road which seemed cute at first and then became bizarre as you see a parked car with scarecrows in it and a winding road to the right that had a sign, “Don’s Work Area KEEP OUT!”

We get to the top and there is a sign for you to stop and then walk to the rundown office. As I look to my right...WHAT is that!? Annabelle!? Tied to a bike!

Needless to say I didn’t wait in the truck while Kyle checked us in. I stayed with the group.

You walk up a creepy wooded walkway with cobwebs, dirt and a bunch of knickknacks. Hmm...do they ever clean?

The office wasn’t much better either and was filled with more dirty knickknacks and a bunch of junk. Check in was weird and then it was time to go to our sites.

Later that day he called to update me on his college stuff and he didn’t get through and so he sent a text. You alive?

We didn’t have service, probably so it would be easier for them to off us?!

If you went by the lake you had hit and miss service and I was able to call Brandon to get the college update and let him know our situation.

Friday we got set up and just checked out the campground a bit.

We checked out Bad Medicine Lake and it was absolutely gorgeous. It was clear and you could see the bottom while at the beach. When you were out in the boat, it reminded me of the ocean.

The guys went and checked out the bathrooms and showers. They reported they were ok. Umm...I can’t say I would shower in them unless I absolutely had to. I used my camper shower instead.

They did stumble across Smurf’s grave, too. I guess it’s like a pet cemetery around the campground. If a pet passes away like normal people, they have a burial site for them, but by campsites? I guess I would have a designated area away from the campers.

There were also areas of rocks that looked like it could be a grave for something or someone...hmm?! Will we survive this trip?

Maybe Brandon was right. It did seem very sketchy, but we were going to make the best of our time at Bad Medicine Resort.

We ended our night with supper, a campfire and some adult beverages.

I will say I actually locked the camper door when we went to bed. There is a first time for everything, right?!

Our camping horror movie started and I will fill you in more next week!

2 jalepeños (sliced with the seeds removed)

Cilantro (to use as an optional garnish)

Salsa, sour cream and guacamole enough for each person

First, you will want to layer 1/3 of the tortilla chips on the bottom of a 10.5” cast iron skillet.

Make another layer with about 1/3 of the tortilla chips and about ⅓ of the cheese.

Then, make a final layer with all of the remaining chips, cheese, olives, and green onions. Add the jalepeños to the very top of it all.

Place the skillet on the campfire and cook it until all the cheese has melted. It typically takes about 10 – 15 minutes.

An alternative to cooking these nachos over the fire is to cook them on the grill! They turn out great that way as well. Just put them on the grill on medium heat and heat them the same way as above!

Finally, add the cilantro to the top, and serve with salsa, sour cream, and guacamole.

A taxi passenger tapped the driver on the shoulder to ask him a question.

The driver screamed, lost control of the car, nearly hit a bus, went up on the footpath, and stopped inches from a shop window.

For a second, everything was quiet in the cab. Then the driver said, "Look, mate, don't ever do that again. You scared the living daylights out of me!"

The passenger apologized and said, "I didn't realize that a little tap would scare you so much."

The driver replied, "Sorry, it's not really your fault. Today is my first day as a cab driver — I've been driving a funeral van for the last 25 years."