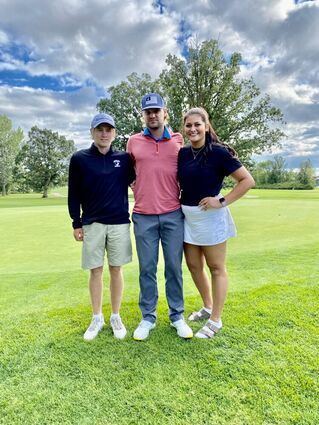 On Sunday morning at Roseau's Oakcrest Golf Course, Jim Foss defeated three-time former champ Will Czeh, and there was no stopping Mr. Foss as he played another 18 holes to defeat Brady Johnson for the title, 3 up after 16 holes.

"This was Brady's first time in the finals," said Mark Wilson, the unofficial chairman of the board of the golf world in Roseau.

"It was well-deserved. Brady has been a good golfer out here for a number of years," said Wilson.