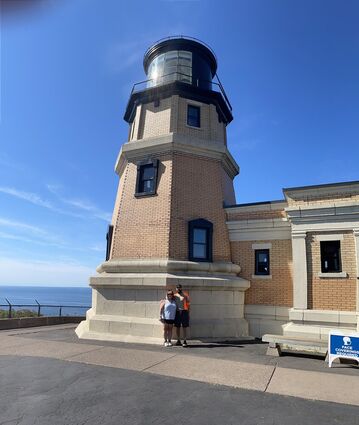 Split Rock Lighthouse was built because of the great loss of ships during the Mataafa Storm of 1905, during which 29 ships were lost or damaged on Lake Superior. One of these ships, the Madeira, is located just north of the lighthouse.

The lighthouse is located on a 130-foot cliff on the rocky coast of Lake Superior, Split Rock Lighthouse is an intact 1910 light station that guided ships across the stormy waters of western Lake Superior.

It is a Minnesota state historic site and a National Historic Landmark and was quite amazing to see.

It's quite astounding to think we walked in the cent...