The old water tower is just as good as new 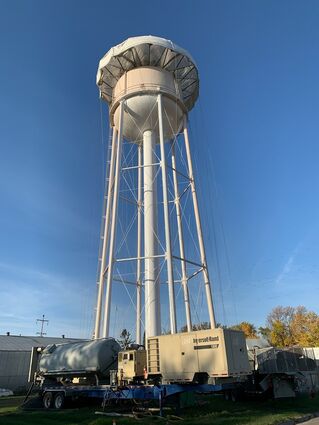 David Drown, the Roseau City Superintendent, is a pup compared to the old water tower a few blocks east of Polaris.

The older of the two city water towers will be pretty spiffy once the renovation is completed.

"It started about three weeks ago," he said on September 22, mentioning that he couldn't recall the dollar figure off the top of his head.

He noted that the out-of-state crew has already sandblasted the inside of the water tower, welded any gouges on the inside,...