Reflections From The RHS Athletic Hall of Fame Ceremony 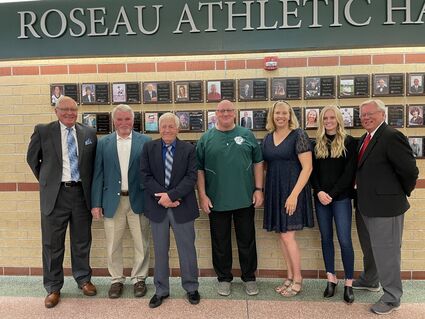 On Sunday afternoon in the Roseau School Theatre with an estimated crowd of 150 in attendance, six athletes and coaches and one team were celebrated for their many accomplishments.

Nobody was disappointed or dozed off.

Speaking afterwards, Edmund and Lael Anderson spoke enthusiastically about octogenarian Bobby Lund, who admitted that he didn't even make the varsity hockey team until he was a RHS senior while regaling the audience with many ancedotes.

"He should have been a comedian instead of a hockey player. Oh, he was good. I could have listened to him some more, but he sa...