Just putting the spotlight on the insanity of life 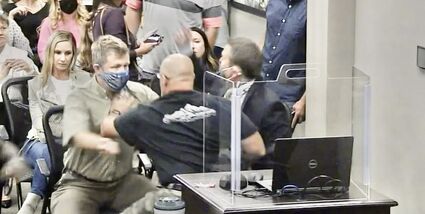 The Chaska brawlers at the September school board meeting

Every day, I look at the headlines in the Star Tribune and, like everyone else, I think what the hell is going on in this state and this country.

Some people reach for something a little more potent to sweeten their morning coffee.

"What the hell are you doing, Roger? That's a whole damn shot glass of brandy and it's only 6:15," his wife roars.

And the old dame sounds off like an old football coach with jock itch.

He's henpecked enough already, so he pours a little more and decides he is going nowhere that day.

He promptly calls into work and says he's having his...