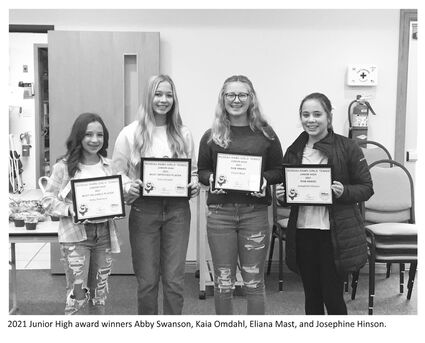 The Rams Tennis team wrapped up the 2021 season with a delicious potluck banquet and awards ceremony on Sunday, Oct. 31. Each of the three teams and many individuals were recognized for their accomplishments during the season.

Fourteen players earned a Varsity letter this season, including outgoing seniors Hope Grafstrom, McKenzie Reed, and Maddy Verbout. As a Varsity team member since 9th grade, Maddy Verbout earned her fourth letter. Hope Grafstrom earned her third letter and Jessie Danielson and Erin Brandt lettered for the second time. It was a year of newcom...