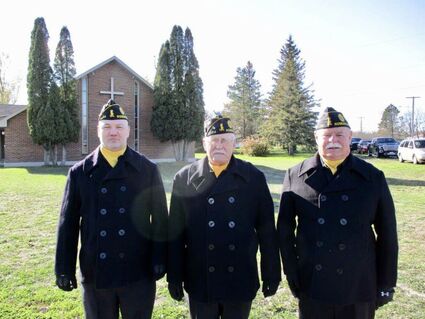 During the Veterans Day Program aired on Wild 102 FM this past Thursday, four former service members recalled their military experiences.

Below are excerpts from their speeches.

Mr. Vacura was drafted into the Army on July 21, 1965, and was sent to basic training at Fort Leonard Wood, Missouri where he was assigned to Echo Company for eight weeks of training.

"After my leave, I was sent to Fort Bliss, Texas, the air defense center of the United States. When I first arrived at Fort Bliss, I was assigned to Fort Biggs, which was an Air Force base. We loaded planes...