In God we trust - All others pay cash! 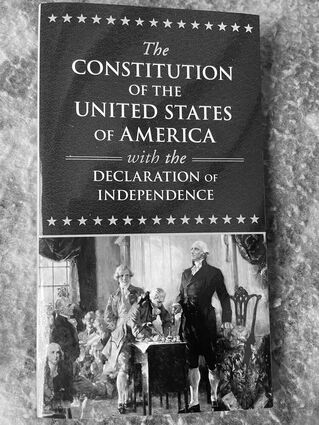 The U.S. Constitution ..Read it!

Sometimes, the troubles of the world and, especially this country's, have to take a back seat to the younger generation bearing good news.

On Monday morning, Dave Hovda, a bear of a man, called with a tip on his granddaughter.

Usually, when some stumblebum calls about a hawk crashing through his kitchen window upon attacking his bird feeder out in Skime and then says he beat it to death with a number 10 flying pan, I'm interested.

"What's this about, Dave," and he mentioned his granddaughter, Memphis Mertens, would shortly be signing a letter of intent at Roseau High School to attend Frankl...