Shoplifting while shopping for Xmas is Naughty 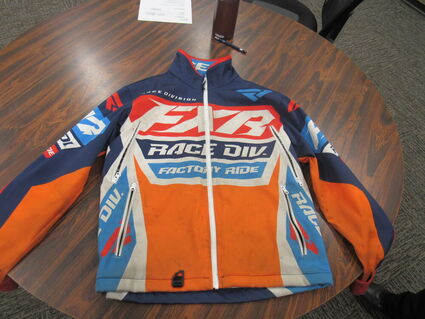 On Monday morning, Roseau Police Chief Ward Anderson remarked that this is a pretty honest town.

"Well, yeah, people have been caught shoplifting. We had 22 Milwaukee tools taken from Ace a few months back.

Was it an inside job?

"No, we got the guy. One of them anyways," he said, mentioning that the thief or thieves ripped off over $4,000 in tools.

"They stole one or two at a time," he said, explaining that in the Court Report it would just say theft and no mention of shoplifting.

"And it probably wouldn't give you the total restitution or anything like that. It would say felony theft."

He also explained that they didn't recover all the items.

The Court Report and the obituaries are the biggest attractions in the Roseau Times-Region.

Possibly, in an earlier era, it listed that an individual had been arrested for shoplifting.

Chief Anderson didn't comment about that possibility. It would be tantamount to public shaming.

"Then, we had a person steal a pair of boots about a month ago. She walked in with a pair and put on the same type of boots and left her old pair inside the box and walked out."

He again referred to the stolen tools from Ace Hardware and that it was part of the drug trade.

"They would steal the tools and trade them for meth," he said, noting that he isn't sure if the defendant has been sentenced yet.

"In May, I found who we were looking for. He had been a suspect."

The boots had been stolen from Ronning's in Roseau.

"She walked out and got away," he said, adding the employees looked at their cameras and saw what she did.

"This one did not get arrested, and we have not located her. Not yet."

He has been the police chief since 1999 and asserted that with surveillance cameras, they catch more shoplifters because they have it on camera.

"We had a guy go into Ronning's, and he took an Under Armour shirt and a pair of shorts and went into the bathroom, put them on, and walked out. We got him."

Shoplifting is like a migraine headache for businesses. It goes on and on throughout the year.

"At Christmas time, you see a spike. There are also more people in the stores Christmas shopping. So, that helps to deter it a little bit," he said.

The guy who stole from Ace also had stolen from Annie's Trading Post and Marvin Hardware in Warroad.

Are you surprised at who gets caught pilfering something?

"Yeah, my very first shoplifting case was a 63-year-old grandmother, and she was pushing a stroller with a kid in it."

Remember what she stole?

Then there was a longer pause.

"It was flowers, plastic flowers."

What did she get fined?

"I don't even remember," he said, agreeing that one of the worst things in a small community is people knowing that an acquaintance is a thief.

"That's for sure, and then you get served a trespass warning, and you can't go back into the store for usually one to two years."

That would be especially bad if you were stealing from the pharmacy that fills your prescriptions.

"And people have done that. People have shoplifted from our local pharmacy."

What would you tell people who have the urge or knack to shoplift?

"Well, if you steal something and get caught, you're going to get fined and you have to pay for what you stole and you do not get to keep it."

In other words, you will have to pay for something that you won't get to keep.

"Plus, you get the fine on top of that," he said, adding that if it's a misdemeanor, the fine is approximately $180.

"For a felony, it could be jail time plus the fine, and you have to pay for everything you stole."

Imagine the possibility of spending Christmas in jail for shoplifting from a locally owned business, and the stolen items were to be gifts for loved ones.

You'd be the real Scrooge this Christmas.

Nancy Sinatra is famous for her song, "These Boots Are Made For Walking!"

But you can't outrun the long arm of the law.

Chief Anderson is a happy man.

"The case is solved. We got ahold of her, and she is going to receive a citation for theft," he said before noon on Tuesday, adding that it is a misdemeanor theft.

It didn't take Sherlock Holmes to solve this caper. 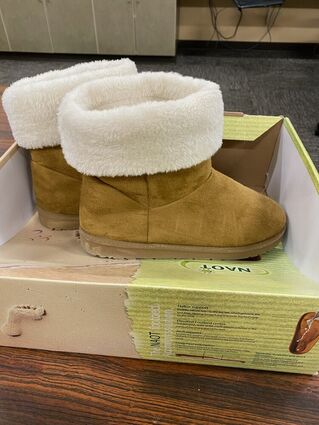 "We had a picture of her, and she actually left her phone number. I don't know why. We finally got in contact with her today."

She isn't from the area and is presently working in town.

The Roseau PD had tried calling the number several times, but no one answered.

Until this past Tuesday.

Actually, she cooked her own goose. A shopper doesn't have to leave a phone number when shopping in local businesses.

"Apparently, if a customer spends so much money at Ronning's, you get a gift card back," said Anderson. "She had bought other items, but she left without paying for the boots."

He then added his stamp of approval on honesty.