Roseau's Boy Hockey Is Off To A Great Start 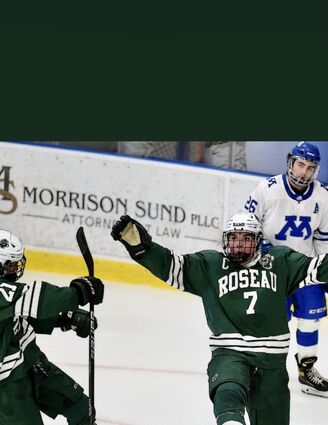 It started with Minnetonka on Friday night. After a long bus ride to the cities, the boys came out a little flat.  Tonka scored in the first minute of the game, and the Rams kind of held on for the rest of the period as the puck was in the defensive end mainly.

Carter Christianson was strong in the nets as Tonka outshot the Rams 10-2 in the first period.  The boys came out strong in the 2nd period.

Max Strand scored in the first minute of the period with assists going to Kellen Murphy and Thor Byfuglien.  Four minutes later, Gavin Gunderson rifled one home with assists to Thor B...