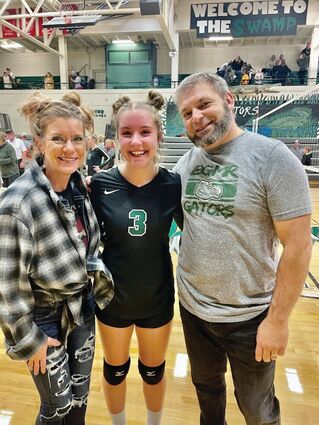 Forget the trite saying: "Those who can, do; those who can't, teach."

Meet Mrs. Lee, the mother of three, who can do everything - both in and out of the classroom.

She was a successful retailer for the former Pamida store in Roseau while managing a large staff and maintaining a big inventory.

Still, it was inevitable that Gretchen, who earned a bachelor's degree in secondary education from Central Michigan University, would eventually return to her roots.

Her father, Maynard Hoeh, had been the superintendent of Kaleva Norman Dickson Schools in Brethren, Michigan.