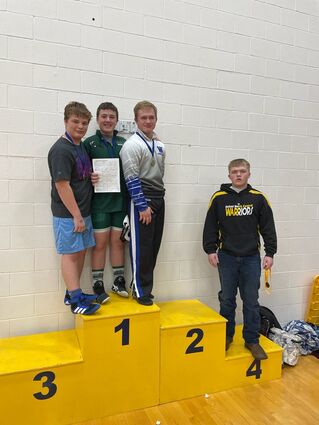 Owen on the awards stand

On Dec 11th seven wrestlers competed at The Rodd Olson Invitational. Six wrestlers started off the day in the JV tournament. Our lightest guy, Tristan Carriales ran into some tough competition losing 3 matches for a 4th place finish. All of Tristian's matches were closer than the final scores indicate. Each of the matches had close scores until Tristian lost focus long enough to get caught by each of his opponents. Thatcher Olson had finished the day with a 1-2 record. Each of the matches did not go the distance, ending in a pin. Daniel Albalate Sierra tried wre...