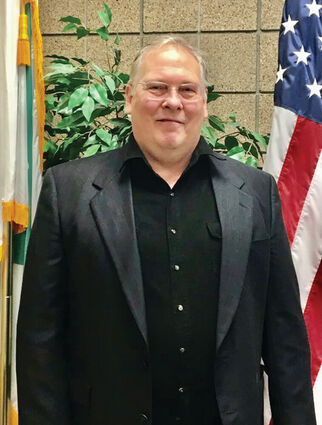 Commissioner John Horner, the board chair

"John is the new chair because of the annual rotation," said District 2 Commissioner Jack Swanson, who will assume the position in 2023 and is the vice chair for 2022.

The rotation goes in order from District 1 to District 5 in successive years.

"The Roseau Times-Region is the official paper of the county," said Mr. Swanson, adding that the Greenbush Tribune held that honor in 2021.

He also explained that they had to pick a second publication for the second printing of the financial statement, and it couldn't be in the same newspaper.

"Roseau is the official paper, and we're paying $6.65 an inch in the Roseau paper. Then, we'll pay $4.99 an inch in the Greenbush paper for the second publication of the financial statement, which is required by statute.

"We just kind of divide it, and you get the ones you're interested in," he said following the meeting.

The Commissioners left the beaver bounty at $60 and raised the pocket gopher bounty from $2.50 to $3.50.

How much does the county pay out for pocket gophers?

"I don't know the exact number," he said, explaining that these bounty hunters have to show two gopher feet.

"Townships also pay bounties in addition to the county's bounty," said Mr. Swanson, who laughed when asked if he can tell the difference between the front and back legs of a gopher.

"Thankfully, I don't have to look at them. I have no idea," he said, adding that most of the pocket gophers are in the western part of the county and there are lots of them.

It's mostly kids who are trapping the pocket gophers, according to Mr. Swanson.