Two to face off for interim Roseau City Council position

It won't be like a spelling bee, but Scott Jacobson and Mary Hayes will face questioning as each tries to sell one's qualifications to the Roseau City Council to fill the seat recently vacated by Jane Evans.

That position will be for the rest of 2022, according to Todd Peterson, the Community Development Coordinator.

"The City Council will be interviewing both individuals on Monday, January 24," said Mr. Peterson, speculating that councilmembers could decide that evening or take more time to deliberate.

"I just don't know. I'm assuming they would make it the same day," he said, adding that it will be the full city council and an open meeting.

"The first interview will be at 5 o'clock and the second one will interview at 5:25," he said.

The two applicants submitted a regular city application, and there was no filing fee because there was no election.

Whoever is selected will serve as a Roseau City Councilmember until the end of this year because there is an election this fall, according to Mr. Peterson.

"The rest of that two-year term will be up for election in November. They are just applying to fill the seat until the next election," he said.

A week ago, Mayor Dan Fabian explained how the selection process will proceed on January 24.

"One of the things, it is an official city council meeting, and it is open to the public," he said, noting that both candidates know that there might be people who will show up as part of government transparency.

He underscored that he will rely on Shelley Moren, the City of Roseau legal counsel.

"There are statutes that regulate how this process goes. So, we have to make sure we are crossing our t's and dotting our i's," he said, remarking that the League of Minnesota Cities has information on their website on how to fill a vacancy.

"It does require an open meeting and so forth. At some point, depending upon how it goes, someone could make a motion that evening to support one person over the other because that's what is it going to boil down to."

Mayor Fabian remarked that it will not be a fun task when two people are vying for a position.

"It's not super objective like a wrestle-off of two kids at the same weight. That's a good analogy, and so you have a wrestle-off. That's pretty doggone objective."

In this case, he noted, it is not that objective. It is subjective. 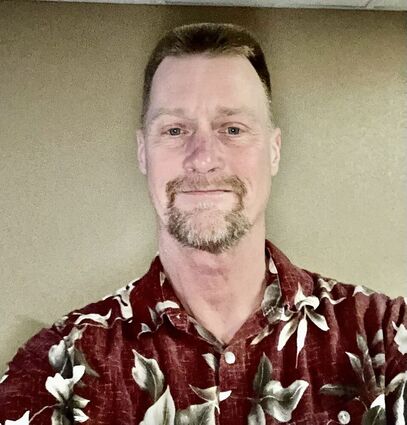 "So, we will ask some questions that the candidates will obviously address. I would assume those will include why they want to be on the council, what they see as their strengths, and the issues that they think are important. We'll ask questions along those same lines," he said.

He noted that these could include current and future issues in Roseau, things that the applicant sees as important, and things that should change or be addressed.

"And then, we are going to have to make a decision between Mary and Scott. And when it gets to that point, of course, it's picking one over the other. That's not necessarily fun in a small town where everybody knows and likes everybody. But that's the nature of the situation," he said, adding that the Roseau City Council will address it as best as they can.