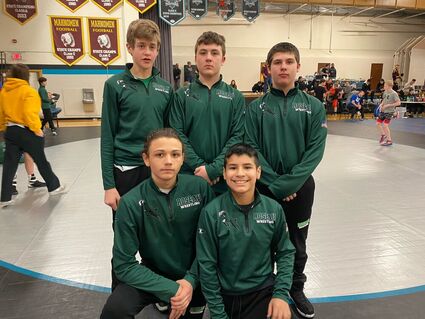 Five guys from Roseau traveled to Mahnomen on Saturday for the Minnesota Ninth Grade and Under Wrestling League Region 8 Individual Tournament. This league is for 7th-9th grade only. Being younger the underclassmen are at a disadvantage when competing against the 10-12th grades. The ninth grade league gives the wrestlers a chance to compete in a section and state tournament that is similar to the high school league events when they may not have the chance in the high school league. About an hour after Tristian, Thatcher, Patrick, Daniel N, and Owen weighed in wres...