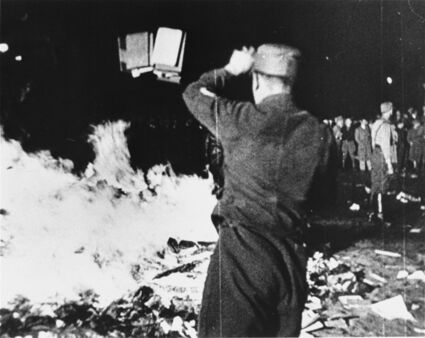 1933 Nazi book burning in Berlin, Germany, of books declared to be un-German

In the online edition of the New York Times on Monday, the headline read:

I've never been in favor of censorship, but we have a long history of it.

We now have a new band of thought police looking out for our young people's minds and souls.

What's amazing in these highly illiterate times when the majority of men have read a total of two books in their entire lifetimes - a driver's training booklet and a sex manual the old man left lying around - is they are suddenly up in arms and demanding that books be banned - as also are far too many chaste fema...