Over Sixty Years Of Love and Laughter for the Turners 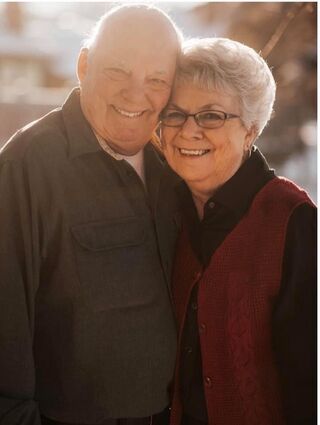 Randy Turner, a handsome guy from Roosevelt and Dianne Mason, a dark-haired beauty from Williams, began dating in tenth grade, after Randy gave Dianne a ride home from a basketball game. As they tell their daughters, the rest is history.

Neither Randy or Dianne remember who won that basketball game, but sixty-two years later, they remember that night like it was yesterday.

"Randy and friends, Jake Jenzen and Lavern Norton were the hot guys from Roosevelt who started high school in Williams in 9th grade," recalls Dianne.

"Dianne was a hot cheerleader!" added Randy. "I...