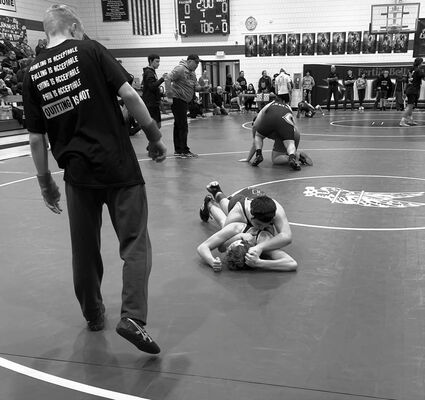 Daniel N. using a half to turn his opponent

The Northwest Tournament in Fertile on Saturday was our last regular season tournament for the 2021-2022 year. We had five wrestlers competing this weekend. Tristan, Avery, Daniel N., and Owen wrestled in the JV tournament. Patrick was the lone varsity wrestler from Roseau. The brackets for the JV wrestlers varied from three to five man brackets. Tristan wrestled four matches in his five man bracket. His first three matches were close until Tristian got too far out of place and lost control, ending the matches in losses by pins. The last match he turned the tables...