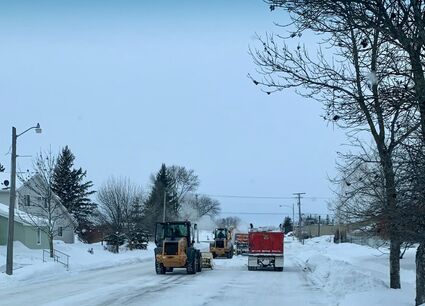 Shortly after 8 a.m. on Tuesday, Roseau City Council member Brady Johnson commented on the great job by the city crew.

"I would love to give a shout out to the Roseau City Crew - the snow removal guys - and how hard they work and how much time they put in," he said, adding that it's been way over 40 hours a week at times this winter.

During some of these snow removals, he noted, they were clearing the streets shortly after 3 a.m.

"The removal process downtown is actually quite fascinating," he said, mentioning that they windrow it, then they come back and blow it into trucks a...