A Very Important Hockey Game Has A Very Peculiar Finale 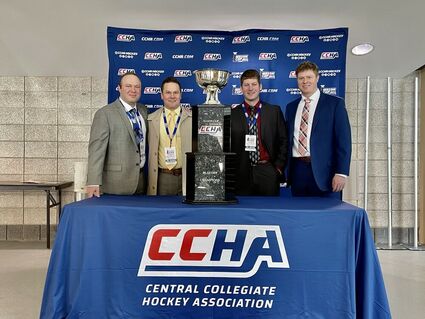 It was just a perfect moment.

Minnesota State Mankato had just defeated Bemidji State 2-1 in overtime to win the CCHA Mason Cup Championship to advance to the NCAA Division I hockey playoffs while Bemidji State's hockey season was over.

Except that Mankato hadn't scored a legitimate goal in OT, which was the unknown at the moment.

According to Sunday's Minneapolis Star Tribune, the party was on as the Mavericks celebrated, accepted the Mason Cup trophy, and took team photos while most of the 5,000 in attendance filed out.

Then came the shocker to CCHA Com...