Write On: "The Big Move" 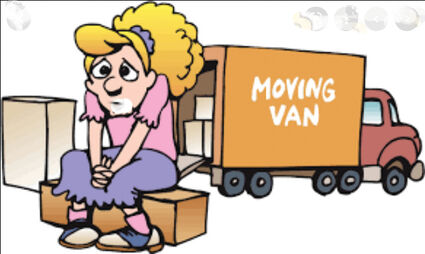 About ten years ago I experienced the most fearful thing that I have ever experienced. Or, what I thought was going to be very scary. I used to live in Badger, MN about 15 minutes away from where I live now. I loved Badger and never thought there would be a day I wouldn't live there anymore.

I have some of the best childhood memories in Badger. I remember always going to daycare at Angela's, making some of my best friends in school, and best of all getting my first childhood pet there, a chocolate lab named Molly. Badger was home to me at the time.

In second grade, my parents sat me down and told me we were going to be moving to Roseau and they had already bought a house. I was heartbroken, tears started rolling down my face. I feared the unknown. I pictured myself as the "new girl who had no friends." I was especially sad because I had to leave my best friend, Reagan, who I did everything with.

I finished up second grade in Badger and tried to make the most of it, as it was the last time that I would step foot in Badger School as a student. On the last day of school my mom threw a going away party at the Roseau School pool. I think it was her way of getting me ready for the transition. All of my friends from Badger attended the party. It was an emotional time because I knew I probably wouldn't keep in contact with my friends and that it would be the last time I would speak to them. The pool party was the last and final moment I would be a part of my second grade class.

Fall came and it was my very first day at Roseau Elementary School. I was very nervous and a little emotional. I was scared I wouldn't have anyone to talk to or sit by. That day, my Dad walked me to school. He could tell I was anxious and I think he was a little anxious himself too. I was greeted by my third grade teacher, Mrs. Dahl. She had short, blonde hair and a very big and caring smile. I knew right away once I met her that I didn't have anything to worry about.

I met my first friend. Her name was Alli. Alli and I became best friends. I no longer had to fret about who I was going to sit with or if I would make any friends because I had Alli. Alli had replaced my friends from Badger and I no longer thought changing schools was the end of the world.

Badger was once my home but now I consider Roseau to be the place I call home.