I forgive but I won't forget 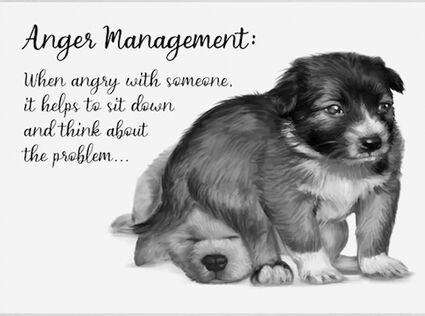 The following document was sent to me from Pastor Dave Peterson, Northland Assembly, Badger.

They have been doing a Bible Study on "The effects of becoming offended" using the book "The Bait of Satan" by John Bevere. It is very revealing on the subject of both hurting others, and being personally hurt.

He shared the following:

Anger is a normal human response to negative or threatening events. Doctors have known for decades that sustained or recurrent anger takes a huge toll on your health. During episodes of anger, the adrenal glands release stress hormones such as cortisol and adrenalin. Your body tolerates these well for a few minutes, but when sustained for days and months, or when constantly repeated, certain bodily systems begin to break down.

Anger affects you mentally as well. Negative thoughts and feelings enter into your subconscious and, when sustained over long periods, can actually re-wire your brain in ways that change your personality and the way you view the world around you. You become increasingly pessimistic, cynical, impatient and irritable. The longer angry feelings are harbored, the worse they become, giving birth to a spiral of worsening mental health, leading to insomnia, increased anxiety, depression, and eating disorders such as bulimia.

Too often people end up requiring various types of anxiety medication and antidepressants to manage the symptoms of sustained anger. While this may ease some of the symptoms, it does not prevent all of the physical and mental damage described above. As in many other diseases, managing symptoms may be helpful, but it is not a cure. Some will try to self medicate with alcohol or illegal drugs. This only makes the problem worse

For many, the answer may involve professional counseling or anger management groups, especially, when the anger stems from childhood, a traumatic event or has a long history. When accompanied by violent behavior or thoughts of suicide, this is certainly needed. For less acute problems; however, simpler approaches such as exercise or relaxation techniques may do the trick.

For many, the answer will include a spiritual dimension. In addition to the above, practice this:

Meditate on God's unconditional love. God loves you more than you know. Nothing can separate you from that love – nothing in your past, present or future. It's unconditional. Dwell on it and be thankful for it – that's all you can do since you can't earn it or control it.

Having focused on God's unconditional love for you, practice giving that same love to others – especially those who have hurt you or let you down. I use the word practice, because real forgiveness usually happens over time. Forgiving others was a main theme in the teachings of Jesus. He knew the damage anger and hate caused – not just spiritually, but physically and mentally as well. You would be shocked by the number of people who have renewed their health simply by learning to forgive, and actually letting go of bitterness and past hurt. Forgiveness releases layers of hurt and heals the raw, jagged edges of emotional pain. It enables a person to release buried anger, resentment, bitterness, shame, grief, regret, guilt, hate, and other toxic emotions that hide deep in the soul, making a person ill, both emotionally and physically. Several studies suggest that if you learn to forgive, you will likely enjoy lower blood pressure, a stronger immune system, less stress, less back pain, less stomach problems, fewer headaches and less depression and anxiety...Dr. Don Colbert

My son, do not forget my teaching, but keep my commands in your heart, for they will prolong your life many years and bring you peace and prosperity. Let love and faithfulness never leave you; bind them around your neck, write them on the tablet of your heart. Then you will win favor and a good name in the sight of God and man.