Author writes a keeper with Roseau in the spotlight 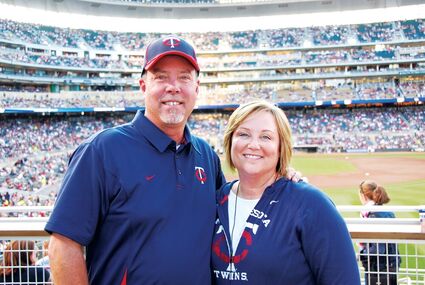 Bob and his wife, Barbara, at a Twins game

Bob Wilber, 65, who had a most remarkable childhood, was recently contacted in the Twin Cities.

He's colorful, entertaining, and had a quick quip when asked about his upbringing.

"I'm a Missouri native and the son of a cardinal."

That puts him in very select company as the son of a Catholic cardinal.

He isn't, of course.

His dad also played for the Phillies and the Red Sox. Del, who stood six-foot-three and tipped the scales at 200 pounds, died in 2002 at age 83.

For any kid worth his salt...