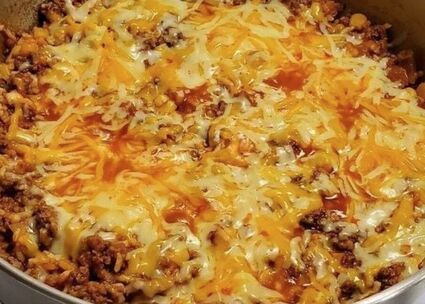 Don't ask me why but I like convenience stores when I am traveling. I like to see what new items I can find to try. When I read about Buc-ee's, I told Kyle we HAD to check it out!

Buc-ee's is a chain of travel centers known for the world's cleanest restrooms, longest car wash, with 255 feet of conveyor and the world's largest convenience store!

The lobby has a lot of fine art. Depictions of Old West vistas adorn the walls. Shiny porcelain and chrome accentuate gurgling waters. And that's just the restrooms. You should see the rest of Buc-ee's!

Buc-ee's of Baldwin County, had 52,000 square feet of floor space, 120 gasoline filling spots and restrooms cleaner than a church picnic!

It was very overwhelming. Taking in the sights, aromas and crowds had me on sensory overload! Slow down. Relax. You are on vacation!

Many of the items - beef jerky, fudge, candy, jalapenos and canned foods - were branded with Buc-ee's cartoon buck-toothed beaver logo.

The fudge was quite tasty and the beef jerky is amazing, too!

Buc-ee's had souvenir hats, belts, mugs and t-shirts, even pajama pants with the beaver logo emblazoned on them. For the little ones, there were plenty of plush beaver dolls.

I found toys for Cyn and Blu there. They both were quite impressed with them!

You can find a lot of unique items, but Buc-ee's is definitely overwhelming when you are used to Roseau.

I'm not big on a lot of people and there were A LOT of people.

The 55 mph speed limit was common on highways across the South.

When I saw a sigh that read 26 mph, I was confused. Did they get the sign wrong? Who goes 26 mph?!The sign was correct, the speed limit through the Gulf State Park was 26 mph. I found that quite strange!

If the idea is that drivers will take note of the speed limit since it is an unusual one, it worked on us!

Maybe Alabama is on to a new speed limit trick.

salt and pepper, to taste

Cook the ground beef and onion together with salt and pepper to taste in a large skillet over medium high heat until beef is no longer pink. Drain grease if necessary.

Return the pan to the stove and sprinkle the beef with the garlic powder and taco seasoning.

Stir in the rice, broth, corn, tomato sauce, and salsa.

Bring mixture to a boil. Cover, reduce heat and simmer for 18-20 minutes until rice is tender.

Top with cheese and return the lid to the pan for 2-3 minutes until cheese is melted.

Sven and Ole were watching the late evening news. There was a man on the ledge of a tall building and the police were trying to talk him down.

Sven said, "Ole, do you think he's going to jump?"

Sven said, "He is going to jump, I'm so sure of it I'll bet you five dollars."

Ole said, "I'll take that bet, cause I know he's not gonna jump."

Ole got out his five dollars. Sven said, "Ole, I cannot take your money. I have a confession to make. I saw this on the news earlier, so I knew he was going to jump."

Ole said, "Take your money, Sven. I saw it too, but I did not think he would be dumb enough to try it again."