Meet the young man in pursuit of excellence 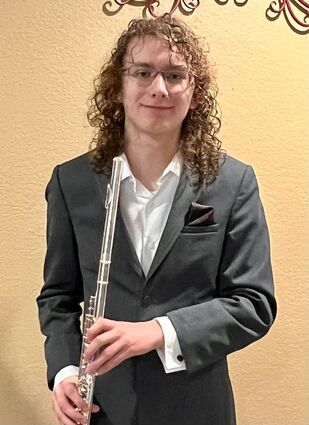 Mitchell Berger, a Roseau High School junior and a flute player with the RHS band, was recently selected to the prestigious 2022-2023 Minnesota All-State Band.

Contacted by phone, he was asked about his cellphone with a San Antonio number.

"Well, I come from a military family and we moved around a lot. My dad was in the Air Force and is retired now. He was a master sergeant."

With a flute in his hands, Mitchell is an upcoming star. However, he doesn't just do music. He's a two-sport athlete, who competes in cross country and track.

Occasionally, he would sprinkle in a "Yes, si...