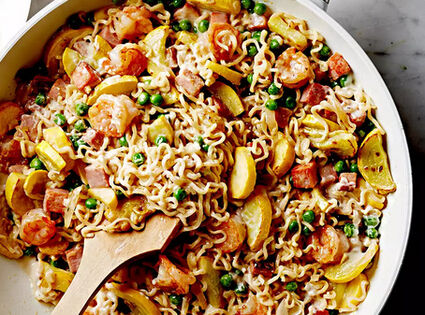 The 50s are back at the Subliner Diner. They take you back in time to the 1950s! Break out your favorite poodle skirt and enjoy a fun-filled meal.

We had to check out the Gulf Shores' classic Subliner Diner destination.

They had mouthwatering milkshakes that looked straight out of the 50s, or at least like pictures I've seen of them. I wasn't born, quite yet!

The Subliner Diner was in the heart of the beautiful Gulf Shores, Alabama. It definitely turned back the hands of time – to the 1950s! When you walked in, it felt like you were teleported back in time.

They had retro newspaper menus, which I was quite impressed to see. Collector cars were inside and outside, hand-spun milkshakes and classic diner cuisine. Have a seat, enjoy a tasty treat and throw some quarters in the jukebox. It was a fun experience with great food.

They had delicious waffles and served breakfast all day. Which happens to be one of my favorites! The waffles were as fluffy as the fluffiest clouds you have ever seen!

Kyle's burger was HUGE and he thought it was great!

The Subliner Diner is sure to become your favorite spot to hang out and enjoy some great cuisine!

Add shallots and garlic to drippings in skillet; cook and stir over medium-high heat 30 seconds. Add shrimp; cook and stir about 2 minutes or until opaque. Remove shrimp from skillet. Add squash to skillet; cook and stir 2 minutes. Add squash, broken noodles, water, ham, peas, and half of the seasoning packet (discard remaining seasoning or save for another use). Bring to boiling. Cook and stir about 3 minutes or until noodles are tender and most of the liquid is absorbed. Stir in 1/2 cup of the Parmesan and the milk until combined. Stir in shrimp and heat.Top with crumbled bacon and the remaining Parmesan.

Four old retired guys are walking down a street in Yuma, Arizona. They turn a corner and see a sign that says, "Old Timers Bar - ALL drinks 10 cents." They look at each other and then go in, thinking, This is too good to be true.

The old bartender says in a voice that carries across the room, "Come on in and let me pour one for you! What'll it be, gentlemen?"

There's a fully stocked bar, so each of the men order a martini. In no time the bartender serves up four iced martinis - shaken, not stirred - and says, "That'll be 10 cents each, please." The four guys stare at the bartender for a moment, then at each other. They can't believe their good luck. They pay the 40 cents, finish their martinis, and order another round. Again, four excellent martinis are produced, with the bartender again saying, "That's 40 cents, please." They pay the 40 cents, but their curiosity gets the better of them. They've each had two martinis and haven't even spent a dollar yet.

Finally one of them says, "How can you afford to serve martinis as good as these for a dime apiece?"

"I'm a retired tailor from Phoenix," the bartender says, "and I always wanted to own a bar. Last year I hit the Lottery jackpot for $125 million and decided to open this place. Every drink costs a dime. Wine, liquor, beer - it's all the same."

The bartender says, "They're retired people from Minnesota. They're waiting for Happy Hour when drinks are half-price."