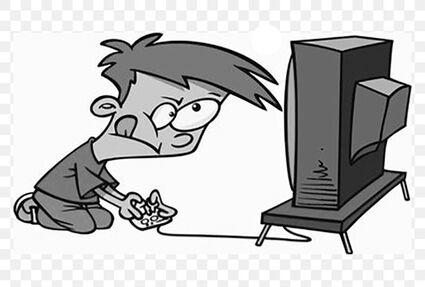 I don't remember the start of my video game journey, but it probably started on the PlayStation 2. I played racing games, adventure games, arcade games, shooting games, and many other games on just that one console. A cousin of mine also had a PlayStation 2, so we played on it together in between mandatory trampoline sessions with our younger siblings. Soon our younger siblings were having fun playing video games with us too.

One thing that has never made sense to me is restricting kids from playing video games. I know from personal experience that playing them for too long without a break is bad for your temporary well-being. However, the result is often just bloodshot eyes or a headache for an hour or two. Restricting video games entirely seems like a pointless war. It requires energy and no one is happy afterward. Sure, limiting time on video games is probably a good idea in some circumstances. It's an especially good idea if someone tends to be overly sedentary. Playing video games is a far more productive use of time than doing something such as watching the entirety of Spongebob for the seventh time. Video games can help with hand-eye coordination, problem-solving skills, and developing persistence.

Another problem that is also brought up in conversations regarding video games is their potential violence. My family has never been very concerned about the mild violence that occurs in some games.  They were more concerned with the amount of time we spent playing them. No one wants to see a nine-year-old playing a gore-filled zombie apocalypse horror game, but a game like Minecraft is not going to scar a child for life just because they 'killed' a pixelated representation of a chicken to get some feathers so they can make a book. I have been playing semi-realistic games with guns intended for hitting targets for as long as I can recall. Playing games like that doesn't make me think any more violently in real life. I do not condone letting a toddler play a realistic shooter game but at some point, kids are mature enough to play video games of varying content levels.

As my cousin and I started playing with Legos less, and our sisters spent less time doing their doll's hair, we started playing video games with more skill. We weren't just playing them for something to do, we were playing them to beat the game. Games were helping us develop our skills in teamwork, strategy, and adaptability.

At one point my cousin got a virtual reality headset. One game he had was called Beat Saber. Beat Saber is a game in which an individual is in a 3D space and their goal is to slice through moving blocks in the air, with colorful lightsabers, all to the beat of a song. This game had varying levels of difficulty: easy, normal, hard, expert, and expert plus. Someone who plays video games regularly learns to adapt to changes faster. My aunt who had been playing Beat Saber for a few weeks had just beat a level on the 'hard' difficulty. I was at their house for a weekend and within just a few attempts I had beat a level of 'expert' difficulty. This isn't because my aunt was slow or uncoordinated, she is a black belt in taekwondo. I just had a slight advantage due to my extended experience in playing varied video games.

Playing games has been a great pastime in my life. They have helped my cousin, and our sisters, to avoid boredom. They have taught me teamwork, determination, and strategy.